This year, the CDC is recommending everyone receive the flu shot this flu season​. The vaccine will help protect yourself and the people around you from the  flu. In addition, the flu shot can help reduce the impact on healthcare systems currently fighting to protect our communities from COVID-19. Call your healthcare provider or connect with your local pharmacy today to learn more about the flu shot and schedule an appointment before the flu season is upon us!

Where Can I Get a Flu Shot?

In addition to connecting with your healthcare provider, you can use the below resources to find a clinic and schedule a flu shot. Most insurance companies will cover the cost of the flu shot, but there are low-cost options for those without healthcare insurance:

Why Should I Get A Flu Shot?

Flu shots can reduce flu illnesses, doctors’ visits, and missed work and school due to flu.  In addition, the vaccine can help protect others in your community who are at higher risk to have flu-related hospitalizations and deaths. With the current pandemic still underway, it’s important to reduce the number of respiratory illnesses, like the flu from spreading throughout your community and potentially threatening the health of yourself and others.

Who Can Get a Flu Shot?

Everyone 6 months of age and older should get a flu shot every flu season with rare exceptions. More information on who should and who should not get a flu vaccine is available on the CDC website.

When Should I Get My Flu Shot?

The CDC recommends getting your flu shot before flu viruses begin spreading in your community. This is because it takes about two weeks after vaccination for antibodies to develop in the body and provide protection against the flu. Be sure to make plans to get vaccinated early in fall, before flu season begins. In fact, this year, the CDC recommends getting your flu shot by September or October to provide the best protection at the start of the flu season.

For the most up-to-date information or questions about the flu vaccine, please visit the CDC website and talk with your healthcare provider.

WCUI is excited to formally introduce you to the newest member of the WCUI School of Nursing team, Catherine Jagos, MSN-Ed, BSN, RN! Catherine Jagos will be leading the new Practical Nursing program starting this July at the new Arizona campus in Midtown Phoenix as the Director of Practical Nursing. Catherine has a multitude of educational and real-life experiences to share with our students and faculty. 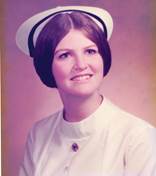 Catherine Jagos brings over 40 years of nursing experience to her Director of Practical Nursing position. In 1972, she earned her diploma in nursing at Hurley School of Nursing then worked as a Psychiatric Nurse for one year before moving to Midland, Michigan in 1973. There she was a full-time Emergency Nurse for 32 years and a part-time shift administrator for a 200-bed hospital. Responsibilities during that time included orienting all new nurses into the emergency department (ED), teaching, as well as, mentoring EMTs and paramedics. She enjoyed precepting nursing students from local Nursing programs and colleges. 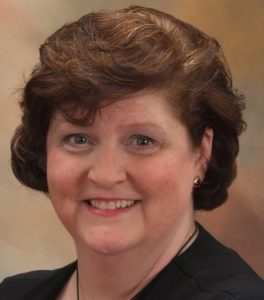 In 2005, Catherine moved to Arizona where she was employed at Mercy Gilbert Medical Center in the role of Clinical Educator for the Emergency Department.  During that period, she continued her nursing education and attended Grand Canyon University where she earned her Master’s Degree in Nursing Education with an emphasis in Simulation. Using her knowledge in simulation, she was part of the group that started and organized the simulation lab for Mercy Gilbert Regional Medical Center and Chandler Regional Medical Center. As a part of her success, she was published in the textbooks for Emergency Nurses Trauma Course and the Geriatric Emergency Nurses Education in 2014.

In 2014, Catherine retired from Mercy Gilbert but was persuaded to help teach at East Valley Institute of Technology Simulation Lab. This progressed to teaching an entire class to then becoming the Director of the Practical Nursing Program. In 2019, she left East Valley Institute of Technology (EVIT) to work for WCUI as the Director of the new Practical Nursing Program where she continues to enjoy the challenge of building a new program using the high standards of WCUI.

WCUI is thrilled to have Catherine Jagos as a fundamental part of our goal to bring educated and prepared nurses to the State of Arizona. WCUI School of Nursing is enrolling now for a July start for our Practical Nursing Program at our Phoenix campus! To learn more, connect with our admissions team by filling out the form HERE. “Nurses are the rare professionals who invest their mind, body and spirit into caring and advocating for others every day of their career. Congratulations to my peers, colleagues and every nurse in the industry.” said Holly Carlson, MS, RN, CCRN, SME writer, clinical nursing, at Relias.

About the Gallup Survey

Since 1976, Gallup has been conducting surveys to measure the public’s views on a wide variety of professions’ level of honesty and ethical standards. Throughout the years, nurses have remained at the top of the list, maintaining the public’s trust. With the exception of 2001, where firefighters ranked highest after 9/11, nursing continues to outpace other professions since it was added to the list in 1999.

Nurses in the News

The results of the Gallup survey come as no surprise. Nurses are constantly in headlines for their compassion and heroics. A quick google search and you’ll find headlines like:

And the list goes on! Compassion and respect has always been at the core of nursing.

“In general, nurses enter the profession because they want to help people,” said Maria Morales, MSN, RN, CPAN, director of clinical education and content at Relias. “Many had a personal or family experience that inspired them to enter healthcare to assist others through health situations. One typically does not enter the nursing field for fame or fortune, but rather as a way to serve others. It’s heartwarming to see how the public respects and honors the servant leadership of nurses.”

Congratulations to all aspiring and established nurses in the field! WCUI salutes you and your continued ability to lead with honesty, care, and humanity!