Last Friday, WCUI has the honor of sponsoring a March of Dimes Healthy Moms and Strong Babies Arizona event alongside Samsung and Sage Therapeutics. The event included a ceremonial SB1040 bill signing with AZ Governor Ducey, which established an advisory committee on maternal fatalities and morbidity to recommend improvements to information collection concerning the incidence and causes of maternal fatalities and severe maternal morbidity.

WCUI has worked hard alongside March of Dimes and fellow bill supporters since Lobby Day in February to gain support and awareness for SB1040, also known as Arianna’s Law. WCUI is proud to have been a part of the fight for the health of all moms and babies. We would like to thank everyone for the support and thank you to March of Dimes for putting together such a special event! 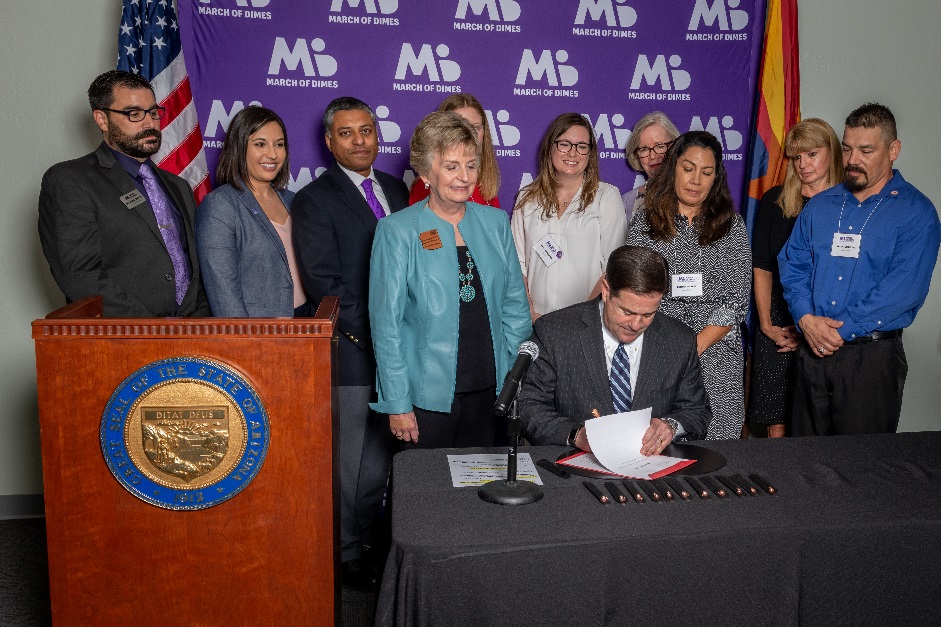 For more information on the March of Dimes “Healthy Moms and Strong Babies” event and Arianna’s Law follow the links to the media coverage from the event: