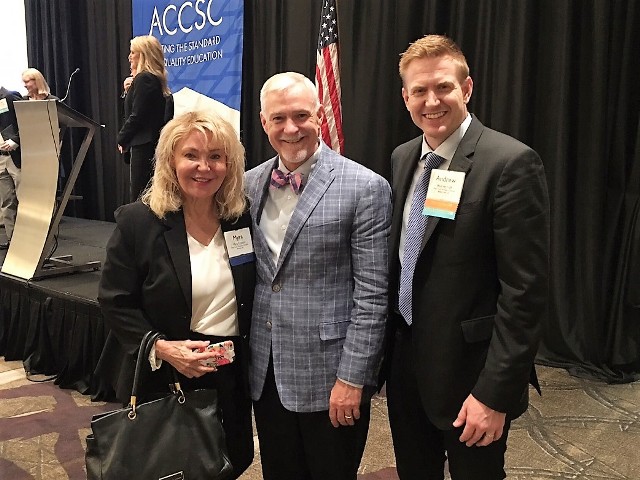 This fall, West Coast Ultrasound Institute (WCUI) President, Myra Chason, and Andrew High, COO, had the distinct honor of accepting not one but TWO national awards for the school at the ACCSC National Awards Banquet in Reston, Virginia. WCUI came in on top of hundreds of other institutions to take home the award for Excellence in Community Service as well as a School of Excellence Award for the Phoenix Campus. Along with the recent Forbes magazine Top 20 US Trade School Ranking, WCUI has made 2017 its biggest year yet! #WCUI2K17